I’ve just added two new products from ConvertaStep to the New and Unique Products section of the website.

The first product is a Welcome Mat Ramp the lifts to create a threshold ramp when needed by wheelchair and scooter users. Its available in three sizes for thresholds up to 8″ high and can be purchased as a motorised version for those who aren’t able to lift the ramp.

The second product is the ConvertaStep Lift that is a simple little lift to allow people to access porches and decks up to 33″ high without the need of a huge ramp or expensive porch lift.

Paul Smith (1922 – 2007) was a sufferer of cerebral palsy who figured out that he could create amazing works of art using only ten of the symbol keys found on a standard typewriter.

Smith lived in the Rose Haven Nursing Center in Oregon from 1967 until 2007
where his work remains posted in the hallways of his old home with the people he considered his family for the latter half of his life.

Last year, 22-time Emmy award-winning reporter John Stofflet posted this news video he created for KING-TV in 2004, featuring Smith and his artistic talents. I just came across this video today and was blown away by the work Paul created throughout his life.

I live in a small village in South Central Ontario and things are pretty lax around here. Many people walk on the road instead of the sidewalks (not sure why).

In our village we have a group of about half a dozen scooter users and a couple of wheelchair users who think they are driving cars. In spite of sidewalks that are cut down to allow access for mobility product users these people always drive on the roads and to make matters worse they tend to drive on the right side with the traffic approaching them from the rear.

While things are pretty lax around here and vehicle drivers, for the most part, are pretty careful and drive at reasonable speeds, the Trans Canada Highway goes through the middle of town and is the most dangerous roadway in the area due to large trucks and trailers and people just trying to get through the village quickly and get back to highway speeds. And still these people drive on the road with their backs to traffic.  END_OF_DOCUMENT_TOKEN_TO_BE_REPLACED

There is an interesting article today in the Toronto Star about the number of disabled people using food banks are up this year. Apparently, in the past 19 years the benefit amount for people on Ontario DIsability Support Program (ODSP) has increased $156.00 (about 17%) per month to $1086.00 with another $15.00 coming this October.

I don’t know about you but my cost of living has gone up much more than 17% since 1995. As near as I can figure from cost of living figures I can find it has gone up about 40% in that time period. Even a 40% increase would only amount to about $1,300 per month which isn’t much after paying rent, heat hydro and food.

The government treats people with disabilities the same way they treat other people receiving welfare benefits. They pay normal welfare recipients a subsistence amount to entice them to return to the workforce.

The government’s, both federal (CPP DIsability) and provincial (ODSP), seem to think that if they pay disabled people a low enough benefit they will somehow miraculously become well and be able to work at jobs that they can live on.

I guess the theory is that low benefits will weed out those who would collect disability benefits but are able to work but the problem is, those who truly can’t work starve and live in hovels.

The governments could police the programs better to make sure those collecting are deserving and pay them a benefit they could live on but that would require bigger budgets.

These days “taxpayers” would rather see disabled people hungry than pay a few more bucks a year in taxes because, in their eyes, there is nothing worse than paying taxes to support services that they don’t need personally.

I have added two articles in the New and Unique Products section that I think can be of great benefit to wheelchair users and people who have trouble accessing their upper kitchen cabinets.

The first, known as the Diago Lifts, is a mounting system for the cabinets that will lower the upper cabinets and bring them forward with the touch of a button. These lifts can be used on a single cabinet or a row of several cabinets and are available in several sizes.

The second, by the same company, is the Verti Lift. This system leaves the upper cabinets in place but lower the shelves inside the cabinets down to the countertop through the bottom of the cabinet. For those who don’t need the lift for access the shelves can be accessed normally by opening the cabinet doors.

Today I posted an article in the New and Unique Equipment section of the website on the Volaris rollator walker. I can’t think of a walker option or feature that the manufacturer hasn’t covered with this group of five models.

For more information on these high quality walkers please visit the article (//mobilitybasics.ca/volaris-rollator-walker).

Every week I get email from people looking for pricing or asking what is the point of the website. It seems I’ve confused a lot of people by providing information and advice without charging a fee or requiring visitors to provide their contact information. Anyone can visit the site and access all the information without cost or obligation.

For those who have never read the about me page I was a rehab consultant selling and servicing all kinds of home medical equipment to end users for over 20 years. Because most of my customers had no expectation of needing this type of equipment they had very little preparation for making purchase decisions. I created the Mobilitybasics.ca website (originally called Wheelchair.ca) so people could find out about the equipment and have the information needed make equipment decisions, or at least know what questions to ask.

All the equipment on the web site can be purchased in Canada, and probably the US. If a visitor finds a piece of equipment on the website that they think will be suitable for their needs they can go to their local vendors to get more information or make a purchase.

A secondary purpose of the MobilityBasics.ca website is to present products that purchasers may never know about because some dealers don’t know about them or don’t have accounts with the distributors/manufacturers. There could be a piece of equipment out there that will be perfect for a situation but the user ends up with something less perfect if no one knows what’s available.

The advertisements on the website provide the means by which I’m able to do everything for free for my visitors. Without the advertising I’d have to find a way to squeeze money from my visitors or shut down completely so feel free to thank them if you have any dealing with them.

So that’s the gist of what I’m doing. Feel free to contact me if you have any questions or suggestions. 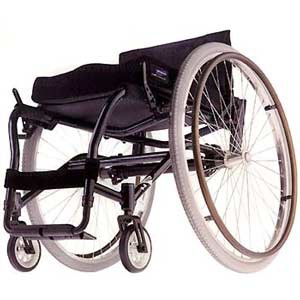 After a short hiatus I’ve returned to the Mobility Basics Blog. The blog was turning into a place where equipment information was being presented and I felt that was confusing. Visitors would find information on the site but miss information on the blog and vice versa.

So my intention now is to place articles on the blog that are of interest to visitors but more about the home health care industry and issues that will be of interest to users and caregivers rather than information about equipment.

All of the old posts that were here before shutting the blog down have been saved and posted on the main site in the Articles Section. Along with these old posts you’ll also find a whole bunch of new posts that may be of interest in the same section of the web site.

I’m not really swamped with ideas for posts so if there is some topic or issue you’d like to see posted let me know.